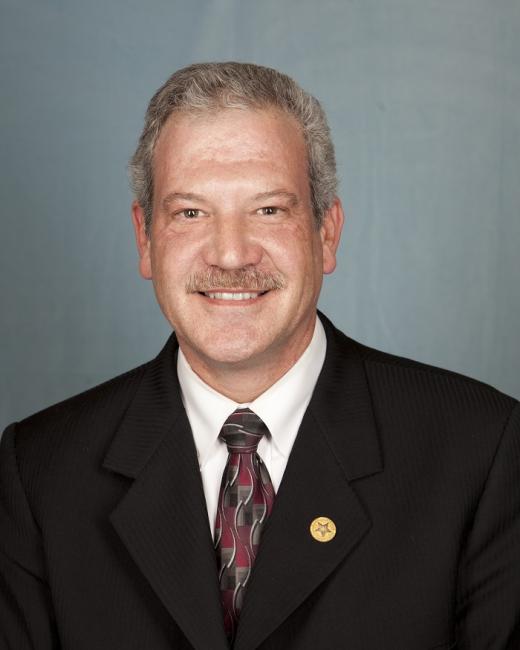 Brian C. Mullins claims Cincinnati, Ohio as his home. The son of a “church planter”, he has lived in five states and has called the DFW area his home for the last 10 years. He celebrated his 20th wedding anniversary in 2012, and has two children.

Brian first came to love funeral service while working and living at Thompson Funeral Home in Jacksonville, Texas. During this time he was pursuing his Bachelor of Arts in Religion at the BMA Seminary in Jacksonville. Upon graduation, he began the life of a bi-vocational pastor. This endeavor allowed him to work, pastor, and complete his Master of Divinity degree. After some post-graduate studies at Southwestern Seminary in Fort Worth, Texas, his wife asked him “when were you the happiest?” His response took him back to the two room apartment at Thompson’s.

After 20 years of active ministry Brian stepped aside to be a full time husband and father, and pursue “happiness.” In 2006 Calvary Hill Funeral Home in Dallas, Texas provided him with the opportunity to work as a “protestant minister on call.” This led to a part time job, and finally to Calvary Hill’s offer to send him to the Dallas Institute of Funeral Service. He graduated from DIFS in November 2009 with honors and was very proud to have received the prestigious honor of the “Bill Pierce Award.” His parting words to Mr. Charlie Fulton were “if the school is ever in need of an instructor, please let me know.” That call came in August 2011, and Brian, with the blessing of dear friends and co-workers in the profession, accepted.

Brian brings the perspective of a “professional student” to DIFS, making him a perfect fit for the Director of Learning Skills Improvement. He doesn’t believe anything is too hard to learn, as long as you have the proper tools and skills. And if you do not have them, he will go out of his way to help you get them. His background in ministry also makes him a good fit for the classes he teaches.

Brian received his CFSP (Certified Funeral Service Practitioner) designation in 2016. The CFSP is a national funeral service individual recognition organization. The Academy of Professional Funeral Service Practice awards this special recognition to members upon completion of specified academic and professional programs. Annually one must receive at least twenty hours of continuing education to continue the designation.

Has he found what he was pursuing? “If I can help one student realize that the grieving individual across the table is more important than their schedule, budget, or personal comfort, then I have created a funeral director. Besides, I now minister on a daily basis, and don’t have to deal with sub-committees.”