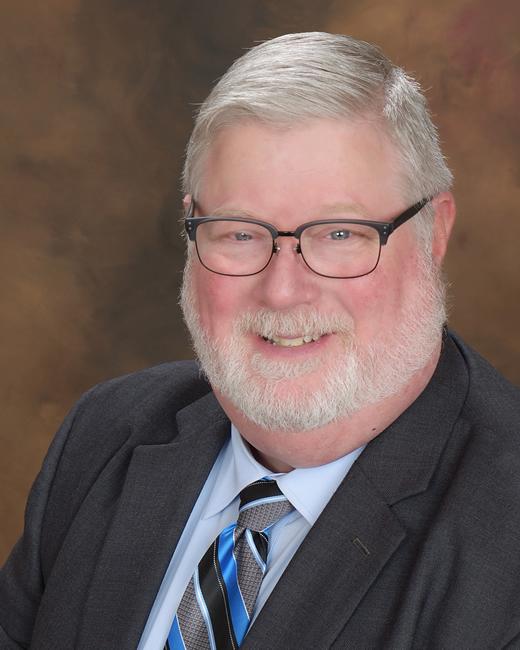 Wayne Cavender started his career with Dallas Institute on Valentine's Day in 1994 and has maintained his love for the job ever since. Mr. Cavender was promoted and assumed the presidency in May 11, 2018. He is originally from Plattsburg, Missouri just outside of Kansas City and makes regular trips back there to visit his long-time friends and family.

He attended Missouri Western State College in St. Joseph, Mo, where he obtained a Bachelor of Science in Biology. Immediately upon finishing his degree, Wayne moved to Dallas, Texas to attend Dallas Institute of Funeral Service where he received his Associate of Applied Science Degree in Funeral Service in August of 1987.  He went back home to Kansas City, obtained both his funeral director and embalmer licenses and worked for several years at a well-respected firm there, serving as manager for the last part of his tenure.

In 1993, Wayne moved back to Dallas and served as an embalmer for the SCI Dallas metro embalming service for a little over a year when he was informed of an open teaching position open at Dallas Institute. Although Wayne believed himself to not be a public speaker in any way, he soon found that he had found his niche teaching future funeral directors and embalmers about the business that he feels so passionate about.   As a requirement to continue teaching, he went on to complete his master’s degree at Amber University in November of 1998.

Wayne currently serves as the Dean of Dallas Institute, participating in much of the day-to-day administration of the school. Over his many years of service, he has also taught a variety of classes including Chemistry, Pathology, Funeral Service Ethics, General Psychology, Embalming Lab, Written Communications, Funeral Directing, and Psychology of Grief.  He maintains his expertise in teaching by continuing to serve as the instructor for Funeral Service Microbiology He also served as the Director of the Clinical Program for over fifteen years.  Outside of the classroom, Wayne serves as a co-sponsor of the Epsilon Chapter of Pi Sigma Eta Fraternity at Dallas Institute.

Also outside of the classroom, Wayne finds it very rewarding to serve on committees with the accrediting agency for schools of mortuary science, the American Board of Funeral Service Education (ABFSE).  He has participated in multiple curriculum outline reviews for them and also served on several visiting teams that are a part of the reaccreditation process for all mortuary schools. He has previously served on the National Board Liaison committee and currently holds the position of chair of the curriculum committee for the ABFSE.

Wayne received his CFSP (Certified Funeral Service Practitioner) designation in 2005. The CFSP is a national funeral service individual recognition organization.  The Academy of Professional Funeral Service Practice awards this special recognition to members upon completion of specified academic and professional programs.  Annually one must receive at least twenty hours of continuing education to continue the designation.