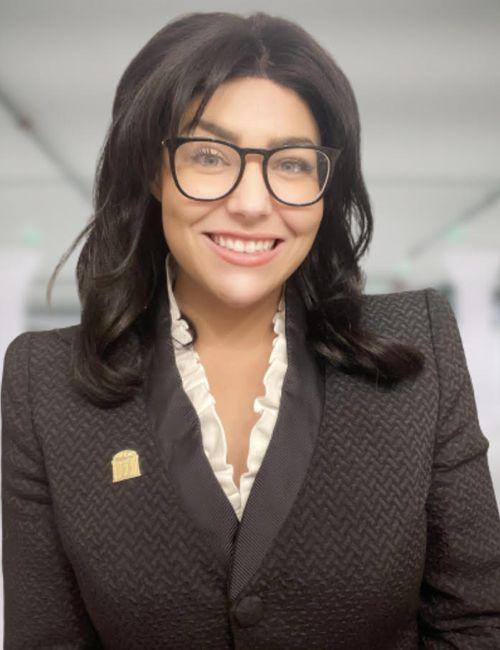 Originally from Northern California, Kennedi Syphax is a graduate from Pepperdine Univeristy (BA in Interpersonal Communication), Dallas Institute of Funeral Service, and is currently pursuing a Master’s Degree in Marriage and Family Therapy.

She began her career in funeral service in 2017 while studying in Pepperdine’s Washington, DC program. She began her first internship at Joseph Gawler’s Sons Funeral Home—one of the oldest and most prestigious funeral homes in the country. Following her first internship, she returned to DC in the summer of 2018 for a second internship. At this time it was determined that following her graduation from Pepperdine in the spring of 2019, that she would start her journey as an apprentice funeral director with the Gawler’s team and her schooling with the Dallas Institute of Funeral Service.

After serving her apprenticeship and finishing mortuary school during the height of the COVID-19 pandemic, she graduated from Dallas Institute and became a fully licensed funeral director and embalmer in 2020. Kennedi combines her academic background in family and relational communication and her technical background in mortuary science to skillfully serve families who have lost loved ones.

Joseph Gawler’s Sons is known in the funeral industry as the “Funeral Home to the Presidents”, having planned and executed more Presidential funeral services than any other funeral home in the country. Gawler’s list of notable clientele is pages long, and their staff has been serving the Washington Metropolitan area passionately for over 170 years.

During her time at Gawler’s, Kennedi has completed training in various State Funeral procedures and has participated in a variety of services, ranging from the smallest of venues to the United States Capitol Building and The Washington National Cathedral. She has also spent an extensive amount of time coordinating and executing services at Arlington National Cemetery, and is well versed in the logistical and procedural aspects of military funerals and national cemeteries.

Kennedi was awarded the Shipley Rose Buckner Memorial Scholarship for Women in Funeral Service, in 2019, was an SCI Scholarship Finalist in 2020, and in 2021, was awarded a Career Development Scholarship from the Funeral Service Foundation. She has always believed in the power and value of higher education, and looks forward to providing quality instruction to the next generation of funeral directors.